The success parameters of your company videoDon’t create your next video before defining its purposeHow Corporate Communicators & Leaders Should Pivot Their Messaging as the Pandemic ShiftsPress Release: Corporate Video Powerhouse Tribe Pictures Celebrates 35th AnniversaryThe Impact of Preparation on your Video Appearance

Chatham, New Jersey – Nov. 10, 2021 – When Vern Oakley was directing corporate videos as a freelancer back in the 1980s, he felt intuitively that something was missing. “It’s not that the people I was working with weren’t talented,” he explains. “It’s just that I felt there could be a lot more care around how the story was crafted to make the business proposition smarter and more entertaining.”

On the side, Oakley was directing live theatre, and he knew about the power of honest, authentic portrayals of the human condition. “It was a fertile time creatively, and I just felt that this was an area where I could do a better job and express my creativity. It felt, back then, that anything was possible.” 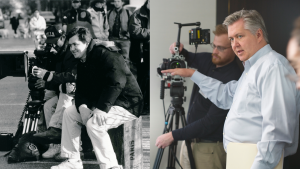 Founder and Creative Director Vern Oakley has been using the power of filmmaking to tell compelling human stories for over 3 decades.

Fast forward 35 years and the company he started in 1986, Tribe Pictures, is still going strong. One of the oldest continually-operating independent production houses in the New York area, this milestone is being richly celebrated by Oakley and his team, who are taking a much-deserved victory lap—made even more notable by the fact that they made it through the crucible imposed on businesses worldwide due to the pandemic.

Founded on the premise of humanizing the most successful companies in the world, Tribe has specialized in creating videos for global corporations, leading universities and cultural institutions across the US. Its work has been honored at festivals and competitions at home and abroad. More importantly, clients have consistently lauded its work for being persuasive, emotional, resonant and above all effective. 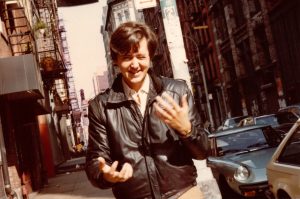 Always an out-of-the-box thinker, Oakley created his own hybrid curriculum, combining art, drama, and English at Kenyon College. His lifelong passion for storytelling brought him to New York to study acting and theatre.

His work with writers and actors would lead him to filmmaking, where he would realize the immense power of video to reach large audiences with heartfelt messages that would influence behavior. From there, Tribe Pictures became a reality.

High points at the forefront of developing technology

Oakley lists the company’s high points as stellar moments when his passion for storytelling intersected with using the craft of filmmaking to help businesses achieve their goals. Among them was his collaboration with Andy Warhol in the introduction of an early personal computer; his helping to launch Lucent Technologies in the wake of the historic AT&T breakup; his creating emotional corporate videos in the wake of the 9/11 terrorist attack; serving as president of the International Quorum of Motion Picture Producers; and his role as an Adjunct Professor teaching the strategic use of video in the Baruch College corporate communications graduate program. 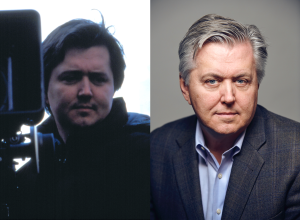 As a leader, authenticity is paramount

His collected experiences collaborating with leaders of all stripes culminated in the writing and publication of Oakley’s recent best-selling book, “Leadership in Focus: Bringing Out Your Best On Camera,” which helps leaders express themselves more authentically on camera.

Oakley’s quest for authenticity has been Tribe’s mantra from day one. “It’s always been our core belief,” he observes, “and I think it’s from my background in theater, because if it wasn’t honest, then it wasn’t compelling. And we’ve done other things besides corporate videos—conceptual work, documentaries, TV, even a feature film—and we’ve applied all of the narrative techniques into business storytelling. It’s served our clients really well.”

While the company continues working at the cutting-edge of production, another constant has been the Tribe corporate culture, one based on a sense of joy. “We’ve done so well for so long because we’re having fun. There’s never a boring day. There’s always new tools and new ways of telling stories, but foundationally, it’s about messages that motivate, engage and uplift human beings. And I think that in some small way, that feels a bit noble.”

Along the way, Tribe has had a notable impact on its own people, too. Oakley has never missed a payroll, and as a small business owner himself, “I’m proud of the fact that we’ve given people a platform for learning and growth, we’ve trained them and launched careers, and in turn, launched companies. It just adds to our sense of commitment.”

Looking ahead at the future of Tribe Pictures

What will the future bring? Oakley’s optimistic, even in the face of unprecedented technological and societal change. “Our goal is to always stay humble and stay in a learning mode. All these new tools are evolving, like augmented reality and virtual reality, and new channels of distribution are evolving. But they still require stories. While the way we gather to watch and experience things has changed, how these stories motivate us hasn’t.”

Summing up, Oakley likes to point out that he didn’t carve out this path on his own. “I’m so grateful for all the people who gave us work in the early days and to the people who helped us do that work,” he says. “In the process they helped me become a leader myself, and set me on this journey of growth. I can’t thank them enough.”

To learn more about Oakley and his approach to helping CEOs become stronger communicators, or to order copies of “Leadership in Focus,” visit www.vernoakley.com.

Related Posts: Don’t create your next video before defining its purpose The Impact of Preparation on your Video Appearance CEO Disease & Video: Executives Need To Hear Constructive Feedback Speak From Your Heart: Anecdotes Humanize Executives on Camera
Tagged: