Why Your Company Needs to Invest in Employee CommunicationsWhy CEOs should steal techniques from actorsCEO Magazine Profiles Author, Filmmaker and Authenticity Expert Vern OakleyExecutives Speaking on Camera, Beware of Media TrainingDig Into the Heart of Your Business Story 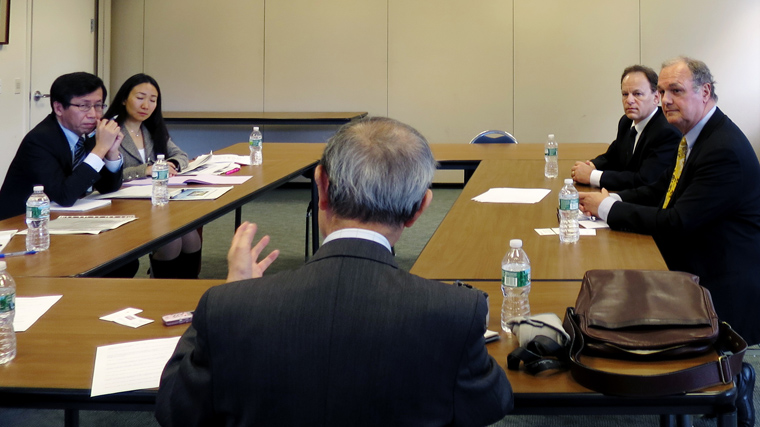 The conversation focused on how the Japanese have applied or used arts to manufacture their products and the issue of ultra high definition known as 4k and 8k, the next stage in perfecting video, television and a host of related tech for viewers.

This open discussion focused around 8K technology and the exciting possibilities it offers.

A special thank you to the interpreter Aya Watanabe and the organizers of the event, Yuichi Ishizuki and J. Tuyet Nguyen.