How long should your video be?The success parameters of your company videoDon’t create your next video before defining its purposeHow Corporate Communicators & Leaders Should Pivot Their Messaging as the Pandemic ShiftsPress Release: Corporate Video Powerhouse Tribe Pictures Celebrates 35th Anniversary

The CEO’s Role in Safety & Beyond

In 2012 and 2013, about 4.7 million employee workdays were lost due to workplace injuries in the United States. Do I have your attention? Put a daily wage to that number and then add the medical/disability costs, and we are looking at numbers bigger than some developing nations’ economies. 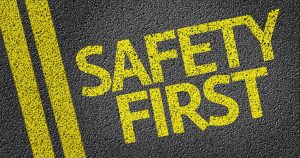 This and other reasons are why workplace safety is among the highest priorities for many corporations.

All the consultants and safety specialists will say:

– Training and awareness must be culturally imbedded as a daily corporate priority.
– Every level of management must reinforce those priorities and lead by example.

The CEO creates and maintains culture in every entity. The priorities are driven from top to bottom. But how often do you hear CEOs leading discussions and meetings with the subject of safety?

A STORY
I recall reading a story by Jack Benton on EHS Safety News America blog about the then-new CEO of Alcoa, Paul O’Neill, in 1987 when he gave his first speech to shareholders. O’Neill shocked his audience when he began, “I want to talk to you about worker safety.” Shareholders were stunned. Why was he not talking about improving profits and stock price, since Alcoa was underperforming?

O’Neill went on: “Every year, numerous Alcoa workers are injured so badly that they miss a day of work. Our safety record is better than the general workforce, especially considering that our employees work with metals that are 1,500 degrees and we have machines that can rip a man’s arm off. But it’s not good enough. I intend to make Alcoa the safest company in America. I intend to go for zero injuries.”

Audience members were confused. How were they going to make money by focusing on safety?

O’Neill held firm. “I’m not certain you heard me. If you want to understand how Alcoa is doing, you need to look at our workplace safety figures. If we bring our injury rates down, it won’t be because of cheerleading or the nonsense you sometimes hear from other CEOs. It will be because the individuals at this company have agreed to become part of something important: They’ve devoted themselves to creating a habit of excellence. Safety will be an indicator that we’re making progress in changing our habits across the entire institution. That’s how we should be judged.”

At the end of his speech, many shareholders questioned his judgment. Some sold their Alcoa stock as fast as they could.

Those who held onto their Alcoa stock were handsomely rewarded. Within a year of O’Neill’s presentation, Alcoa’s profits hit a record high. By the year 2000, when O’Neill retired, Alcoa’s market capitalization was five times more than what it was in 1987.

A MESSAGE & CULTURE
Great leaders focus and communicate a goal. Some offer a detailed road map. Some allow the rest of the team to develop the “how.”

O’Neill’s brilliance was leveraging one metric in one dimension of his business to motivate and spread excellence to every other dimension of his company. Whether on the factory floor or in the administrative and sales offices, everyone could relate and had a role in safety.

In today’s global industries, it is increasingly difficult for CEOs to personally convey the vision, focus and goals. Most now rely on media. Their ability to do this “on screen” in front of a camera is quickly becoming one of their most important skills.