The Trick to Telling Timeless StoriesHow long should your video be?The success parameters of your company videoDon’t create your next video before defining its purposeHow Corporate Communicators & Leaders Should Pivot Their Messaging as the Pandemic Shifts

CEO Disease: It’s dangerous and contagious. We at Tribe Pictures may not be medical experts, but we do have the cure for the executives in your organization.

One of the most insidious characteristics of CEO Disease is that the sufferers are blind to how their moods and actions affect the people in their organization. An oblivious CEO will ignore or dismiss problems. Concerned coworkers will hesitate to bring issues to their attention, creating the illusion that nothing is wrong. And the cycle continues. This can impact everything from employee performance and satisfaction to large-scale decision-making.

Executives conflicted with CEO Disease may incorrectly assume they can decipher their own shortcomings alone. Even worse—they think if they screw up, someone will tell them. If you’re surrounded by “yes men” who insist you can do no wrong…it’s not too late to get help. 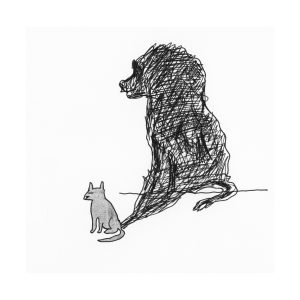 CEO Disease permeates all aspects of the role, including communications. When bosses proclaim themselves masters of the video universe, it’s hard for their corporate communications people to say, “You actually need a lot of work on your camera persona.” When an executive feels criticized, they see feedback as an attack rather than an opportunity to learn. Their performance never improves, and their CEO Disease spreads.

If it seems your team is tiptoeing around you, maybe you need to look in the mirror.

The Treatment: Open and Honest Communication

Company culture can’t change overnight. But you can leverage strategies to at least improve the video situation. And I have a handful of remedies that should cure CEO Disease in any type of executive.

Most importantly, open and consistent communication is key on both sides. There is a mutual benefit to constructive criticism. When an executive accepts feedback as an opportunity for improvement, their communications team feels empowered in their own work. Playing back past video performances allows the team to note places the executive can improve. This might include tone of voice, eye direction, body language, or overall messaging. If your executive is sensitive to criticism, serve the medicine on a sugar cube. Emphasize the positives, such as, “Let’s do more of that because it worked well and that’s just what we want.”

Next Steps: Outside Feedback from Trusted Advisors

If those don’t work, you might want to bring in an outside communications consultant. Oftentimes, internal communications teams have a hard time giving the executive the truth. A professional consultant’s job is to take the bullet for delivering an unpopular message.